Gazelli Art House presents ‘White People Are Scary # 2’, the winning window project, being premiered at the ‘Enter Through The Headset 2’ exhibition, seeks to reverse the indoctrinated fear of the ‘dark’ outsider looking in. Jonny Tanna and the collective 419 inc. have personified the white insider looking out. Playing with the galleries setting in Mayfair, these characters embody the fear the collective grew up with, the embodiment of the ruling elite.

Project Description: White People Are Scary #2 – The West Is A Bootleg

We are currently experiencing a global crisis, islamaphobia and racist attacks are rising significantly following an ongoing persistent media onslaught and governmental persecution of muslims post 9/11.

Desensitised by the media, whilst also fearing the invisible hand of capitalism that feeds it. We fear people looking in from the darkness, through our windows.

We decided to approach this project with a subtle approach that counteracts the current trend for shouty anti-trump memes which only serve to further his publicity and therefore his agenda.

In Mayfair, unnerving figures will appear in the gallery windows. Seeking to reverse the indoctrinated fear of the ‘ dark’ outsider looking in, we show the white insider looking out.

Playing with the galleries setting in Mayfair, these characters embody the fear we grew up with, the embodiment of the ruling elite.

A gentle brainwash flies under the radar (having inherent respect, and high regard for any older white male, no matter how cretinous, and only recently asking why?)

The bootleg aspect reflects the collectives work with video piracy and their previous documentation of exhibitions, in the noughties, where there was scant video documentation.

The Western World currently bootlegs identity as it appropriates other cultures, lacking it’s own firm identities it seeks to fill a void by making all identities an equal commodity (note to hipsters: drinking beer sat on-top of beer crates or eating Mexican food in a faux cantina doesn’t count as a genuine cultural experience).

However, this project is a sensitive exploration, not a scathing attack on anyone, highlighting that we should not inhabit any fear towards anyone and reflecting an overlooked image.

(B. 1980) London based artist Jonny Tanna, working within his limitations, creates pieces that are both viable and break new grounds in art and digital entertainment. Primarily known for his street photography, Tanna is a multi-disciplinarian whose practice includes video games, 90’s counter culture (especially bootleg/obscure media), fashion photography and video installations.

419 Inc. is a collective collaboration between Tanna and a multitude of emerging and mid-career artists, who’s various skills compliments Tanna’s own. 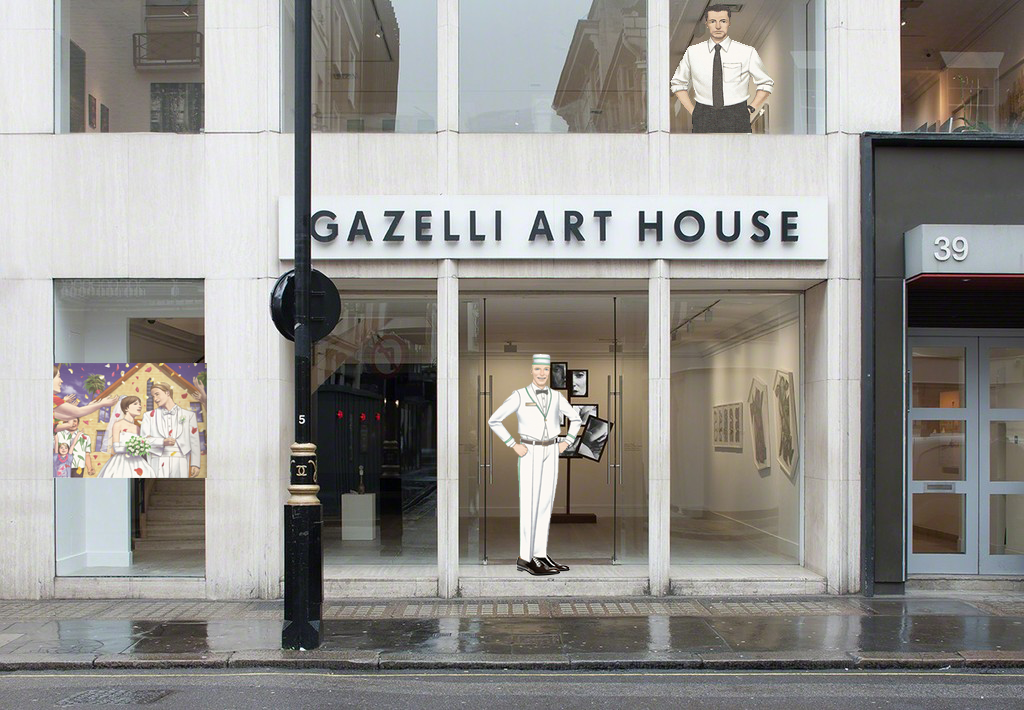