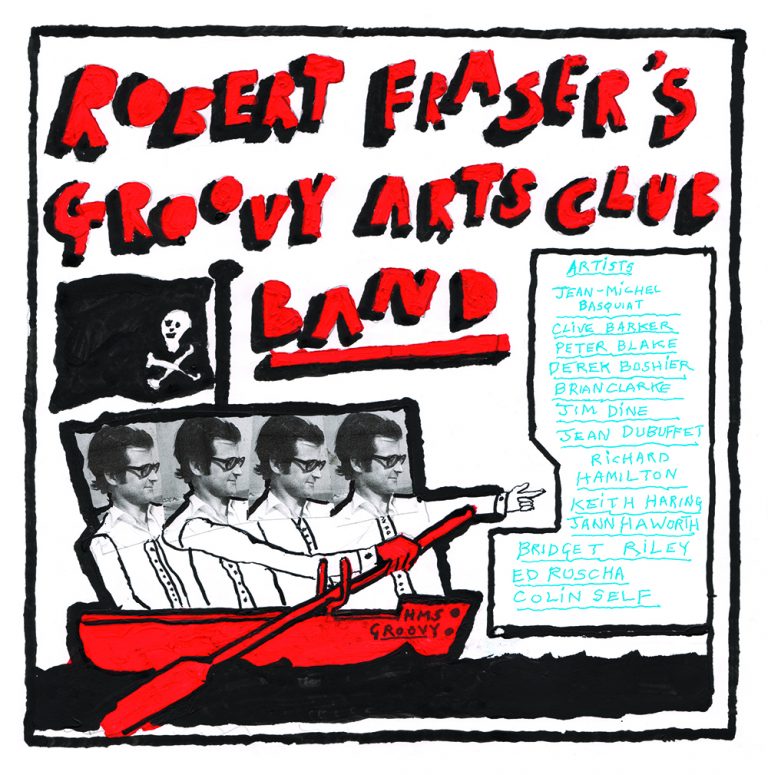 Released alongside the exciting 2019 January group exhibition that brings together thirteen artists who the dealer Robert Fraser championed during his time along, this limited edition album is a great addition to anyone’s collection.

The album is written, performed and produced by David G.A. Stephenson and Josh Stapleton who have collaborated with Chris Frantz and Tina Weymouth of Talking Heads and Tom Tom Club along with Richard Bell of Blue Aeroplanes and Scalaland. The gatefold sleeve of the special edition vinyl is created by Derek Boshier who also helped in producing the artwork for David Bowie’s albums Lodger and Let’s Dance.