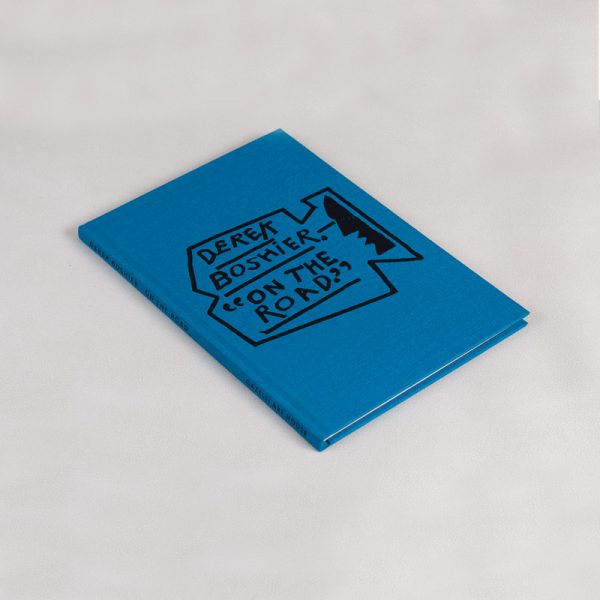 On the Road Exhibition – Catalogue

Derek Boshier’s On the Road is the inaugural solo exhibition at Gazelli Art House in London, showcasing his latest acrylic on canvas works and premiering two short films.

Boshier’s clear references to pop culture are ever present in this show with depictions of his long-standing friend and biggest collector David Bowie appearing in three paintings: ‘David Bowie and Teresa Cornelys’, ‘David Bowie Twice’ and ‘David Bowie, Jack Kerouac, and David Bowie’. The pair first met in the late seventies and shortly after their introduction Boshier was to design the album artwork for Bowie’s Lodger. Within these paintings Boshier approaches the subject of how a single performer explores many identities through creative self-management, a performing art Bowie excelled at.

Boshier attended the Royal College of Art where he was a contemporary amongst notable artists involved in the pop art movement such as R.B  Kitaj, Allen Jones and David Hockney. His Image in Revolt exhibition at London’s Grabowski Gallery with Frank Bowling that Boshier introduced icons of American consumer culture with the incorporation of big brand logos. Taking a non-hierarchical approach to the use of popular images has been a long-running theme within Boshier’s work, making use of the Pepsi logo in place of the rising sun and other iconic images such as Kellogg’s cornflakes logo and iconic striped toothpaste image.

Other works in the exhibition include his Otherwise Engaged series (Pyramids and Guadeloupe Mountains), which provide a witty social commentary on the digitalization of everyday life and the lack of appreciation of one’s immediate surroundings. Two paintings; Cheetah Mathmaticus and In Anticipation are a continuation of Boshier’s long-term interest in aspects of duality, which also appears in the series Otherwise Engaged.

Although this exhibition focuses primarily on his paintings Boshier is known to explore other mediums as a sculptor, filmmaker, designer and artist.