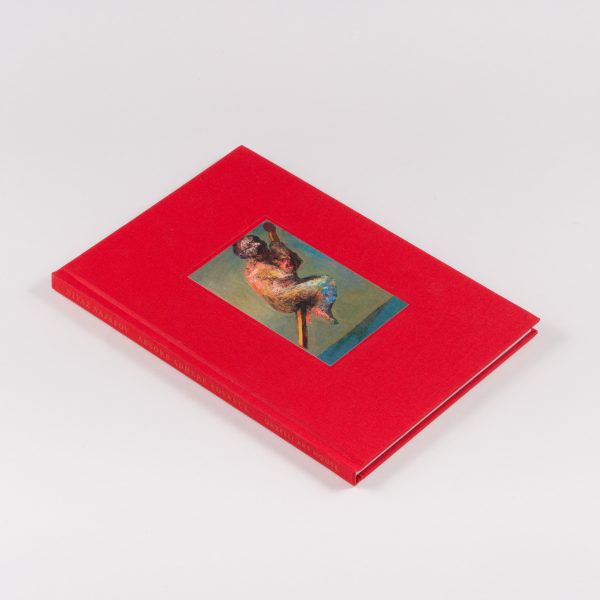 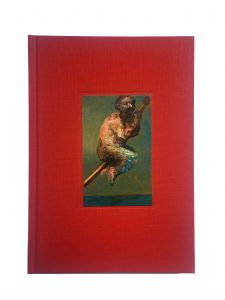 Throughout 2016 to date, Niyaz Najafov started painting flowers on found paper and cardboard measuring around 14×20 cm. He stuck these on various corners of streets in Paris, where he lives and works. Najafov interprets this act as ‘social art’ as opposed to street art – works are available for people walking past to absorb, remove them from the walls (‘adhere’ to law) and continue on with their journey (‘advance’ onwards). Thus the context of his second exhibition with Gazelli Art House was born.

Building on from Najafov’s first solo show at the gallery, Dancing on Bones, in 2013, Absorb Adhere Advance looks at the continuation of his practice and encompasses works that were produced over the past two years.

Conceptually driven by nature and human/e situations, where one finds himself caught in a struggle for time or a web of desire, the scenes which act out in front of the viewer are both relatable and intensified, dramatic and vibrant.

There are three bodies of work that have been finessed over the years by the artist: figurative, landscape and nature morte.

The playfulness of characters Najafov captures on canvas, are at once inviting and reclusive. The viewer becomes an observer, an outsider peering in on the lives of those that are in waiting or passing time (Blue Armchair, 2015, Sabbatarian, 2016). A certain visual channel is formed whereby in most of the paintings the subject looks straight at the viewer, albeit through abstract brushstrokes (Monuments 2014). And yet if the paintings were to have a life of their own, one can easily imagine the subject continuing with his or her doings—an example of Najafov capturing a snippet of time, one canvas at a time.

Time is referenced in the landscapes often expressed on much smaller canvases. Optimistic yet full of uncertainty, they depict the movement of trees and clouds racing through a frame (Sex, 2016 and Storm Clouds 2016) aggressive and exuberant of life.

One of the walls of the gallery will present the scope of Najafov’s experimental project – displaying over 100 found posters and disposed cards with depictions of flowers in oil, all produced by the artist within a two to three month timeframe leading up to the exhibition. This mural serves as recognition of the artist’s public display and input. To date, more than a thousand of Najafov’s flowers (oil on paper and cardboard drawings) have been distributed across Paris, most of which have been taken down by passersby.