Gazelli Art House in collaboration with Open Eye Gallery is pleased to present SPECTRA, a unique interactive performance installation by Walter & Zoniel as part of the Liverpool Biennial Fringe programme.

Celebrating the opening of the Biennial, the artist duo will invite the public to join them in covering the facade of Open Eye Gallery with thousands of brightly-coloured paint markings. The artists will guide the public in the creation of a new Wall Work commission using giant elaborate catapults loaded with water balloons filled with temporary paint.

Part-performance, part-installation, SPECTRA is aimed at all age groups and evokes a sense of mischief and and its relationship to inspiration and creativity. In crossing the lines of what is normally sanctioned and allowed, those interacting with the work are momentarily set free of some of the constraints of the everyday norm.

By engaging a diverse audience, the interactive installation explores the dynamics of public perception of colour. In nature, one’s perception of colour reflects the simplicity of this variable concept, which is dependent upon placement in relation to adjacent colouration. The usage of intensely coloured paint within the new Wall Work mirrors these shifts in perception where viewpoint is subject to constant change. By using the building as a canvas, the artists challenge their audience’s opinions and expectations of the gallery structure.

The artists champion the notion that art is for everyone and thus is artistic debate.  The work plays with this belief both its public nature and its practical application. The paint colours offered to each person to catapult are selected based upon their participants’ opinions on art and relationship to the space. The resulting Wall Work will remain on view at Open Eye Gallery for the duration of the Biennial, thereby serving as a representation of this intrinsic debate sparked by the artists as well as a symbol of the powerful nature of the building’s transformation.

SPECTRA marks a return for Walter & Zoniel to the Liverpool Biennial following their previous installation in 2014 ‘The Physical Possibility Of Inspiring Imagination In The Mind Of Somebody Living’. This widely acclaimed installation saw them filling a derelict building in Toxteth with live jellyfish, which was only opened for public viewing each night as dusk fell. With thousands of people flocking to the site every evening at dusk, the installation was a testimony to incredibly rich social spirit of Liverpool’s citizens, with news of the artwork spread entirely by word of mouth.

LIVERPOOL BIENNIAL
Liverpool Biennial presents the largest festival of contemporary visual art in the UK. It takes place every two years across the city in public spaces, unused buildings, galleries and online. Liverpool Biennial 2016 runs from 9 July until 16 October and is organised as a story narrated in several episodes: fictional worlds that draw from Liverpool’s past, present and future. Also showing during the Biennial are the John Moores Painting Prize, Bloomberg New Contemporaries, and the Biennial Fringe. Liverpool Biennial is underpinned by a programme of research, education, residencies and commissions. Founded in 1998, Liverpool Biennial has commissioned over 268 new artworks and presented work by over 400 artists from around the world. 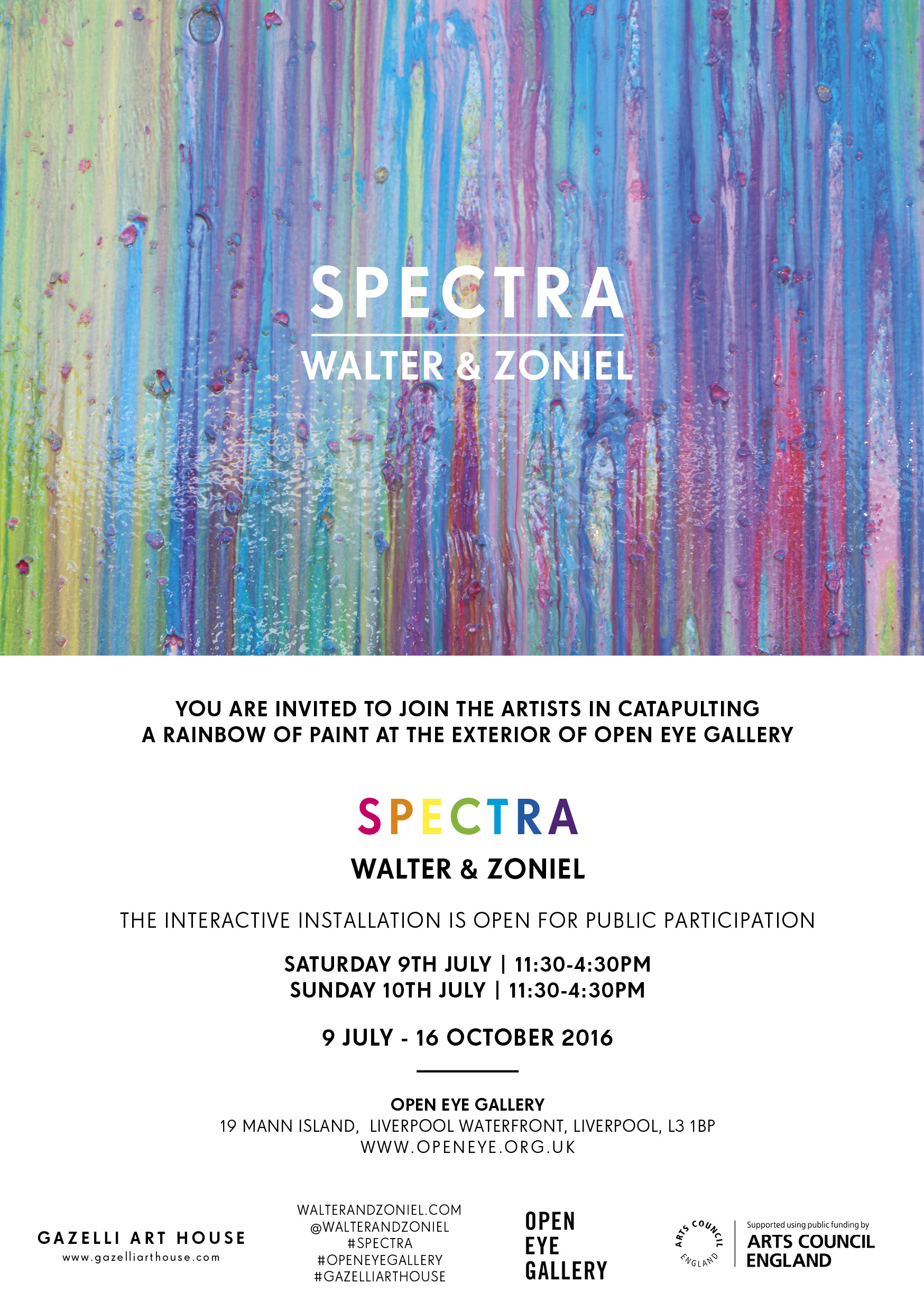