Gazelli Art House is excited to announce Recycle Group’s TempleOS will take part in “Back to the Future” curatorial project of Julia Cistiakova and Ekaterina Shcherbakova at Le Grand Cordel, 18 rue des Plantes, 35700 Rennes, France, which will be on show from 12 January until 18 March 2017. The opening will take place on the 12 January 2017 at 6-9 pm.

Recycle Group’s “TempleOS” exhibition raises questions on bout the future of the Virtual Reality era. The title of the exhibition is the name of the operating system created by the eccentric programmer Terry Davis, who believed that he designed the Temple of God and the communication means with him through the specific code.
The works display constructs a pseudo-chapel of the possible future religion, where information serves as its main virtue. In trying to formally imitate the legacy, immortalized in classical style, the artists offer the work the status of archaeological discovery. Inscribed in the temporal framework of retro-futurism, the sculptural compositions combine images of the ancient aesthetics and symbols of contemporary iconography.

The central piece, “Luxor Antenna” (2016), formally reminds the Obelisk erected since 1836 in the center of the Place de la Concorde in Paris, from the Temple of Luxor, a religious construction to the glory of the Egyptian New Kingdom. The wise observer will notice that the Recycle Group obelisk is interwoven with symbols of technological iconography. The plastic meshes of the series “Selfies”, reminiscent of the bas-reliefs of Antiquity, depict compositions of “apostles” making selfies.

By marrying irony and compunction, artists draw an image of our possible future, when immortality will be defined by the fact of remaining connected.

Recycle Group is a Russian collective formed in 2006 by Andrey Blokhin (b.1987) and Georgy Kuznetsov (b. 1985). Since 2010, the collective had exhibitions in France, Italy, Great Britain, the USA, Belgium, etc. They won the Kandinsky Prize in the nomination “Young Artist” in 2010 and were the winners of the Prix Arte Laguna in 2016. They have benefited from numerous personal exhibitions including “Conversion” as part of the 56th Venice Biennale; “Final Sale” at the London School of Economics, London (2014); “Paradise Network” at Multimedia Art Museum, Moscow (2012); Etc. The Group is represented by the Gallery Suzanne Tarasieve in Paris, Gazelli Art House in London, Richard Taittinger Gallery in New York, and Triumph Gallery in Moscow. 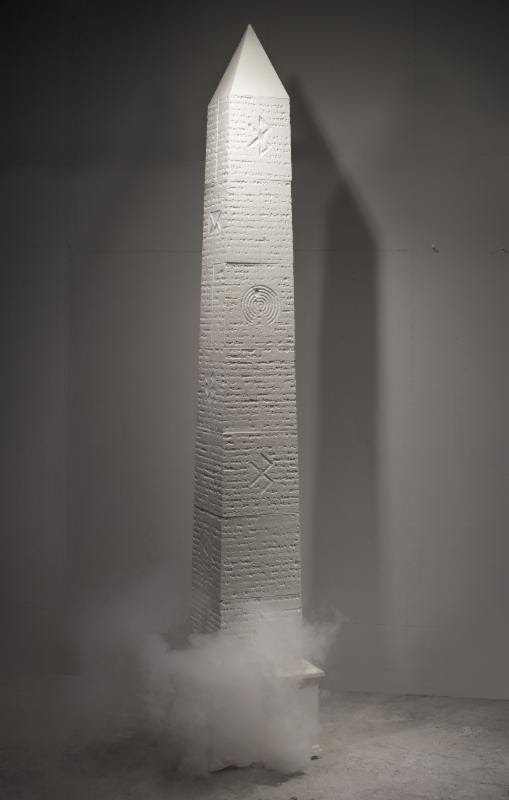