A brand new piece of public art by Oxford Brookes alumnus Saad Qureshi will be unveiled at the University on Thursday 22 February 2018.

The sculpture is entitled Assembly and will be permanently installed in the central courtyard on the Headington Campus.

Assembly consists of five bird-like creatures cast in bronze, sitting alongside one another on two perches, in a manner reminiscent of classic graduation portraits. Each of the creatures embodies the character traits of people at the university. Saad, who is based in Oxford, explains: “For Oxford Brookes, I wanted to make a visual evocation of the process of mental flight, and the university’s place as one of those precious perches that life affords us; a temporary home where minds come together to express themselves, and to find new modes of expression.”

“During my research and development phase, I spoke to as many current students and staff as possible, to find out what brought them here, what made them choose their subjects, what they hope to gain from and contribute in their time here, and where they hope to fly on to.”

Assembly revisits the 12th-century Sufi allegory, The Conference of the Birds, first explored in Saad’s Congregation (2014). In this story, the birds of the world come together to choose a king.

“Each of the birds represents a particular human trait,” Saad continues. “Together, they set out on a quest which takes them through the seven valleys, symbolising seven phases of life.”

“Much of our early years are marked by our transition through phases in which institutions play a central part. Like birds, we hatch in one place and move through a succession of ‘nests’, which we leave behind once their purpose has been fulfilled. There is home, a progression of schools, culminating for many of us at university.”

Paul Inman, Pro Vice-Chancellor and Dean of the Faculty of Technology, Design and Environment at Oxford Brookes University said: “Assembly is a highly anticipated addition to the public artworks already in place on the Headington Campus.

“Many of the artworks on display across our campuses have been made or designed by Oxford Brookes students and graduates, which reflect how proud we are of their outstanding creativity and talent.

“Oxford Brookes’ art installations inspire and resonate and we are committed to investing in our ever growing collection of public artworks.
“We’re extremely excited to see Saad’s creation – Assembly will further enhance the University for staff, students and visitors and allow the campus to grow as a place of cultural interest.”

Saad, who graduated in 2007 after studying Fine Art, came to public attention as one of the participants in BBC2’S School of Saatchi. He unveiled his first major public work of art Places for Nova, for LandSec at Victoria in London last year.

After graduating from Oxford Brookes University, Saad gained a Master’s in Fine Art (MFA) from The Slade School of Fine Art and has since exhibited extensively both in the UK and internationally, including in the Barbican, Saatchi Gallery and the Royal Academy of Arts, and shows in New York, Hong Kong, Turin, Rome, Paris, Dubai and Istanbul. 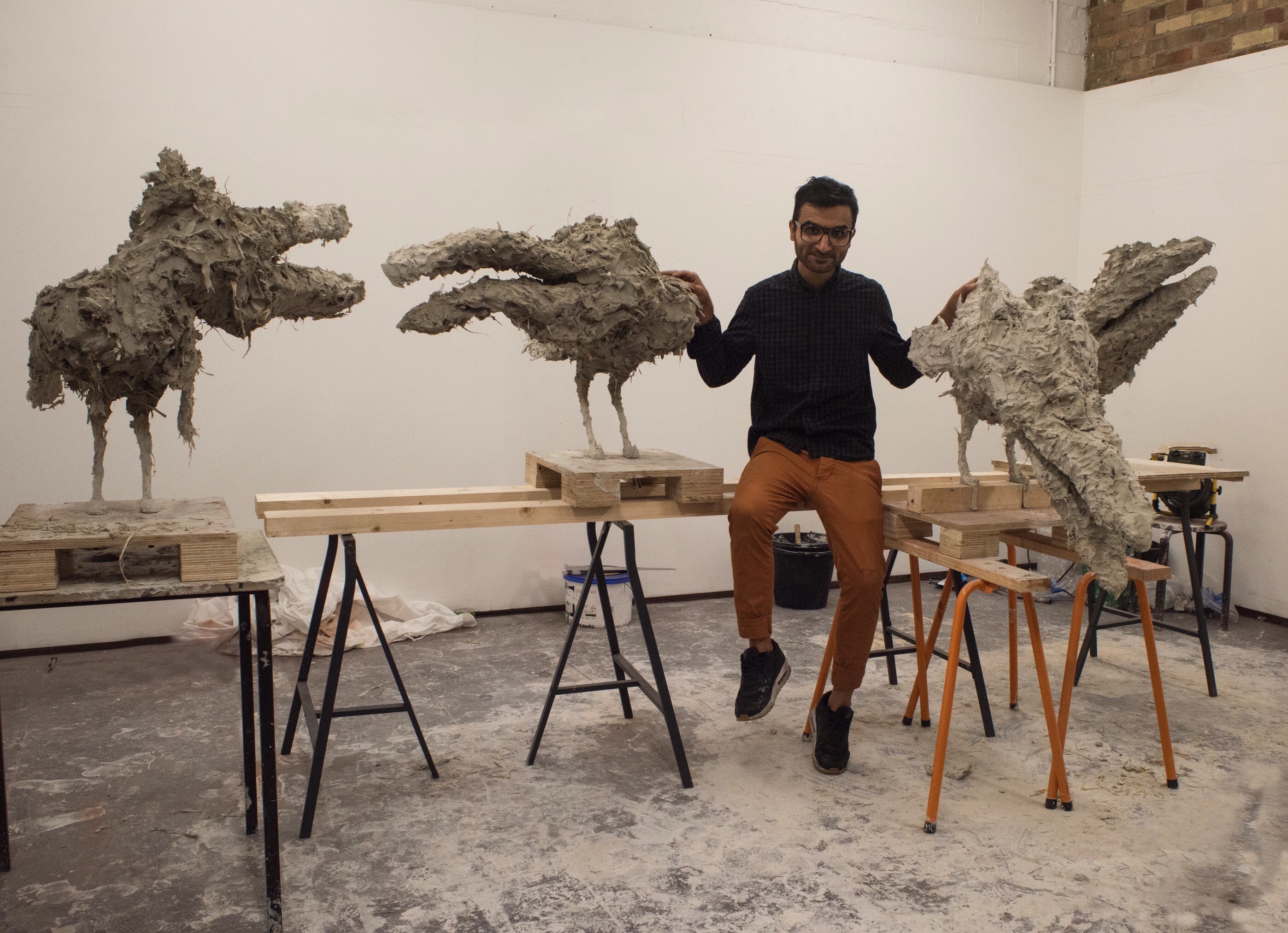