5th International Çanakkale Biennial
that will be running from September 24 to November 6, 2016
has announced line-up of 40 Artists, Venues throughout city-centre

Works by 40 internationally celebrated artists are to be included in the 5th edition of The International Çanakkale Biennial, has been annouced on a press conference held on the 13th of May in Istanbul, with the presentations of the curatorial team and Ülgür Gökhan, tha mayor of Çanakkale.

The new and previously exhibited artworks on display will explore the theme of “Homeland” (Anavatan, Heimat, الوطن, الأم, Patria), chosen by a curatorial team of Beral Madra, Deniz Erbaş and Seyhan Boztepe. The Turkish city of Çanakkale is located on the Dardanelles Strait, just north of the epicentre of the European refugee crisis in the Aegean Sea, and the curators have chosen to focus on a crucial concept behind the constant succession of global migrations and flows of refugees and exiles: the imagery and visions of the idea of homeland, which are bound to 20th-century nationalism and its after-effects.

Discussing the theme of this year’s Biennial, curator Beral Madra said: “The 5th International Çanakkale Biennial will be a perfect opportunity for us to face and challenge global human movement with the universal language of contemporary art and thus have a civil commitment and positioning towards the ongoing tragedy. The Biennial will try to raise questions about the sustainability of ideas of national and ethnic identity in a world whose borders are becoming increasingly accidental and penetrable. In inviting artists, curators and institutions to observe, examine and interpret these themes, thesis and discourses, the Çanakkale Biennial may present a discourse which will advocate that even if the migrants/refugees are changed by the society they migrate to, human history has revealed that they also challenge and transfuse the host society with a new creativity and vision.” 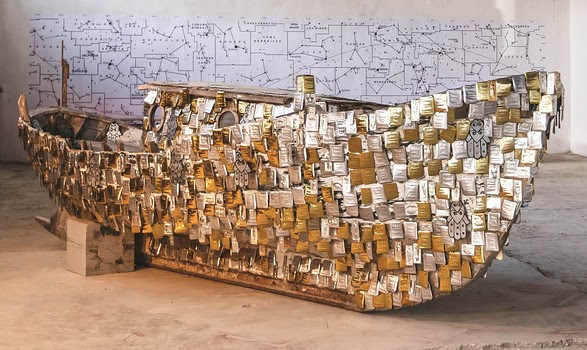