Gazelli Art House is delighted to announce the participation of duo Aziz + Cucher at Boca Raton Museum of Art’s latest exhibition. Nomadic Murals is an exhibition of tapestries by contemporary artists including Aziz + Cucher, Alex Katz, Kiki Smith, Nancy Spero, William Kentridge, Fred Tomaselli, Kara Walker, and Kehinde Wiley, among others. The works in the show are conceived and executed as tapestries and not copies of works that already exist in painting or other media. These groundbreaking artists worked with experts in the field to create these colorful, magnificent, and monumental artworks. Some of the works in the exhibition were produced in collaboration with artisans at Magnolia Editions in Oakland, California, using the Jacquard weaving process first used in 1801; a kind of proto-computer punch card system that when used with the latest technology, produces precise and luscious color and texture. Works from other international studios are also included.

The tapestry medium is ancient. It was used in Pharaonic Egypt, mentioned in Homer’s Iliad, and some scholars believe that tapestries covered the interior walls of the Parthenon. Over the years the popularity of tapestries has waxed and waned. From the 14th century tapestries were the most coveted artworks and collected by kings and nobles. Because they covered enormous spans of wall space, absorbed the sound in cavernous castles, retained heat, and were easily transportable between aristocratic residences, tapestries were considered more valuable than paintings and sculptures. The exhibition’s title refers to that portability. The phrase “nomadic mural” is borrowed from an essay about tapestry by the modernist architect Le Corbusier.

Throughout the centuries important artists such as Rubens and Raphael were famous for their tapestries, and in the 20th century artists including Picasso, Braque, Leger, and Miro embraced the medium. Today, artists have increasingly incorporated tapestry into their oeuvre no matter the medium for which they are known. 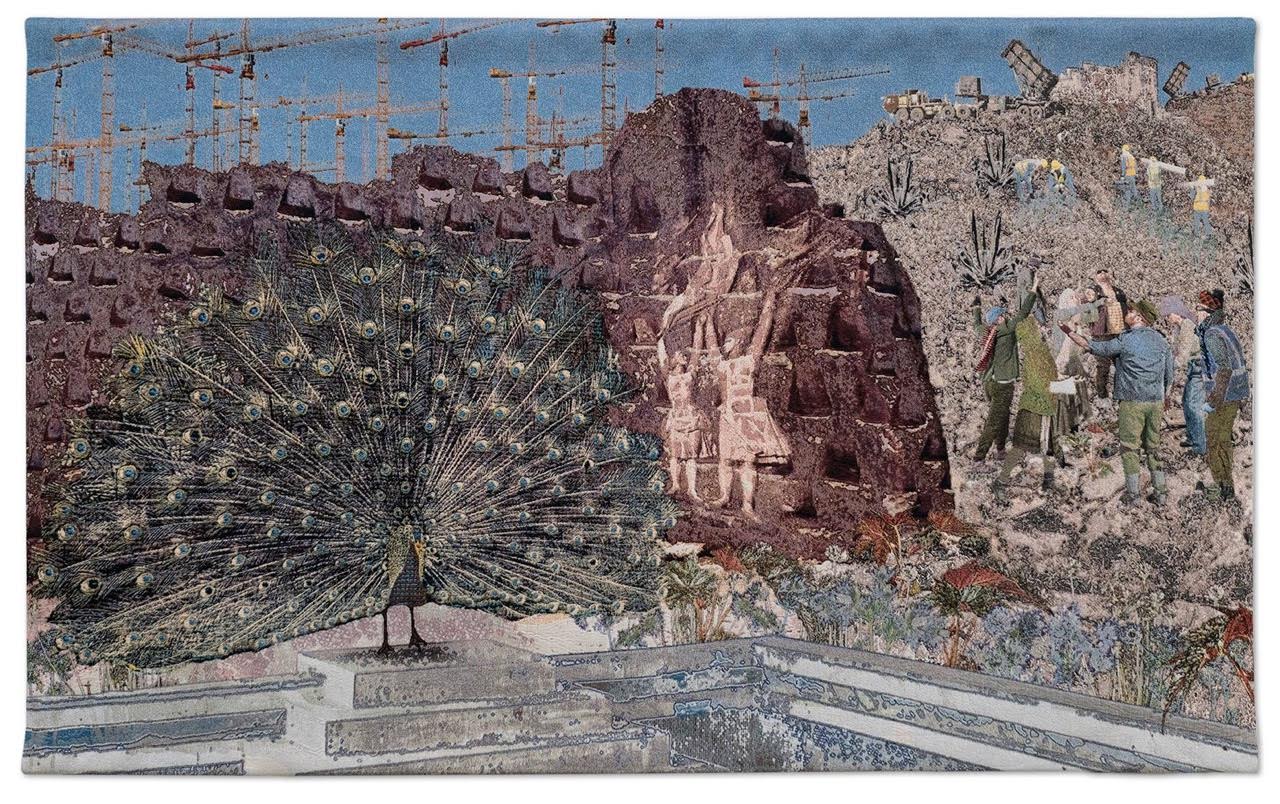