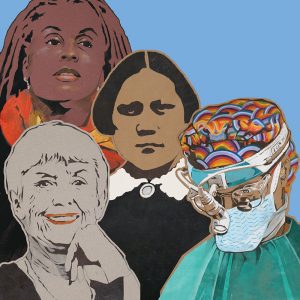 We are pleased to share Test Print for Jann Haworth’s 5000 sq ft. mural consisting of 9 panels each 10ft X 55ft to be installed on a 7 story building in Salt Lake City. The Mural was commissioned by Zions Bank to mark the 150th anniversary of women’s suffrage in Utah and the 100th anniversary of the passing of the 19th Amendment giving US women the right to vote. It is also set to mark 100 years since the Spanish Flu Pandemic 1918-1920. Over 50% of the mural was created during the lock-down of the 2020 Covid-19 Pandemic in one-on-one communications with the community members that created their portraits from photographs at home.

Learn more about the project through www.utah-women.com 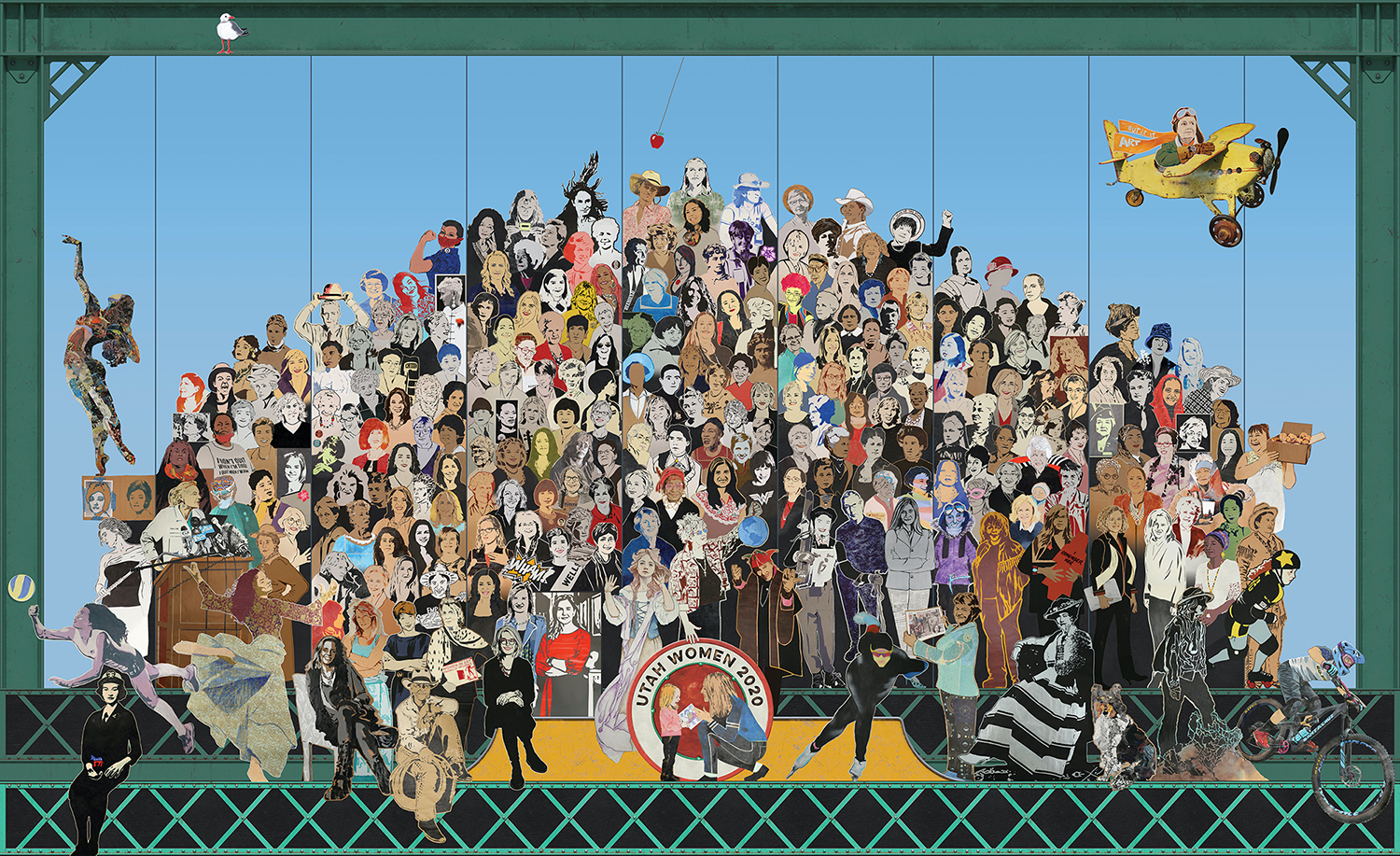 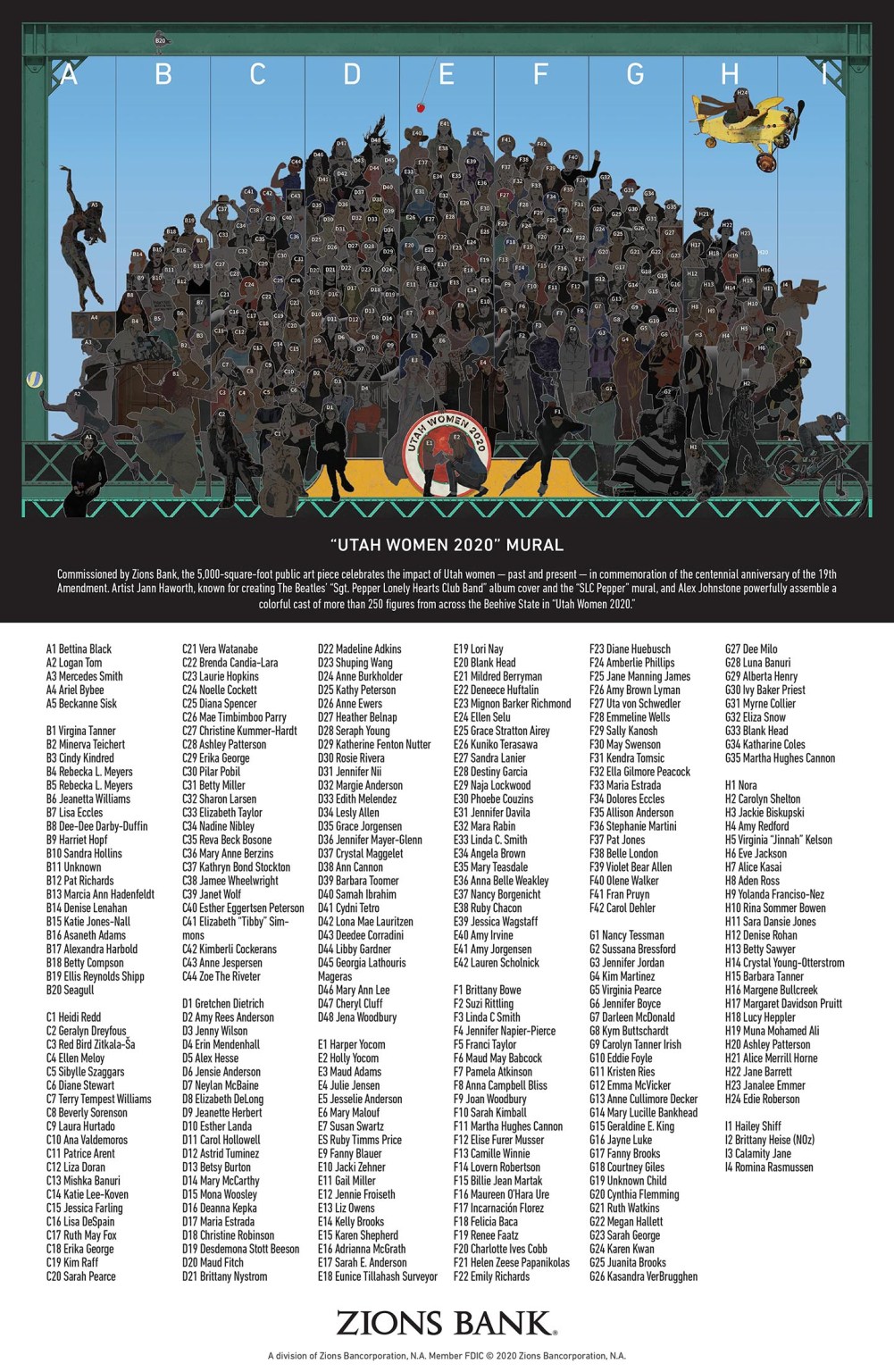 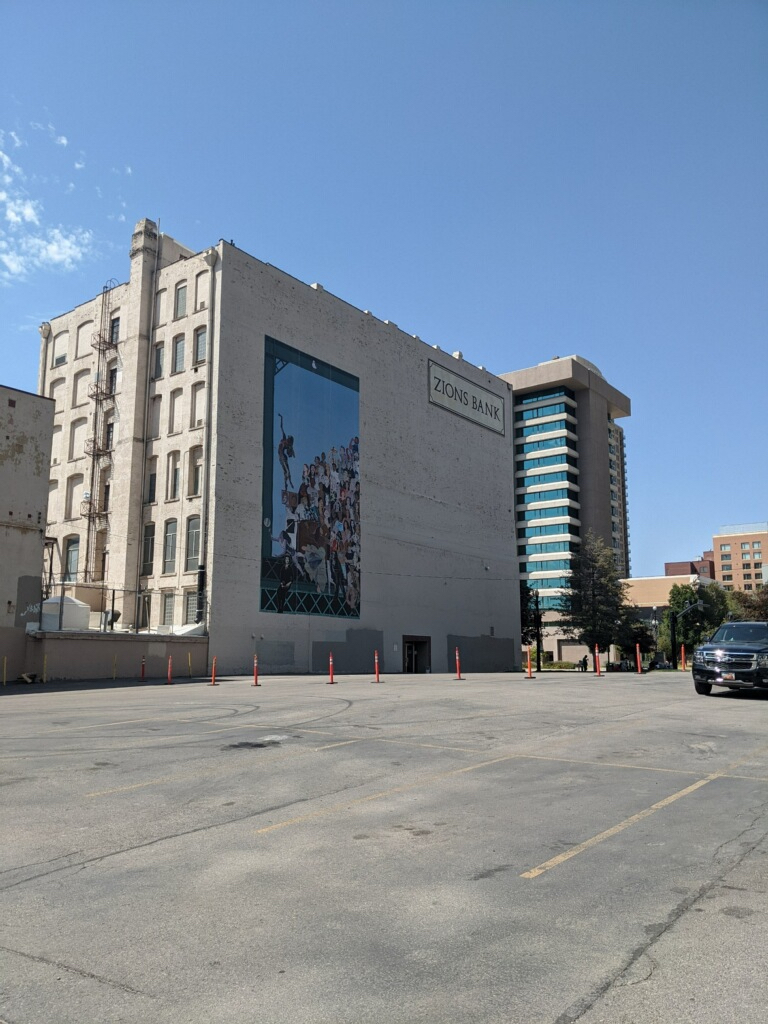 Day one of the Mural installation process. Courtesy Jann Haworth. 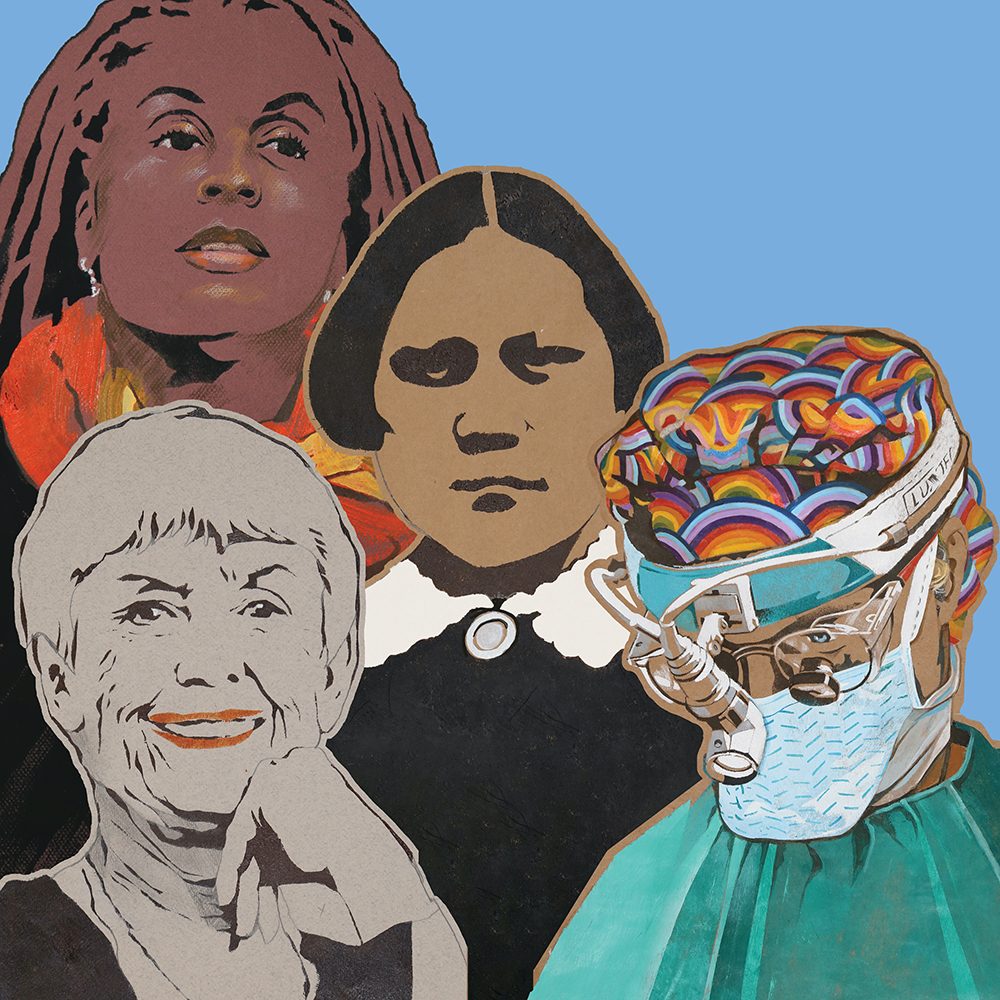