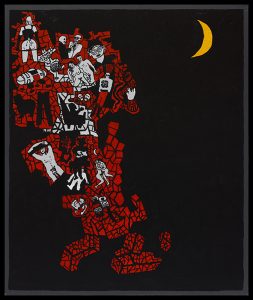 The exhibition consists of three bodies of work: the Night and Snow paintings, his latest drawings based on either a single source of imagery (a newspaper or a television channel) or real life (doctors waiting rooms and cinema foyers) and the third point of exploration: jacquard tapestry which Boshier has worked with for the first time. This exciting selection of works reinstates the 82-year-old Boshier to the forefront of his career with works that are representative of his vision and stance today. 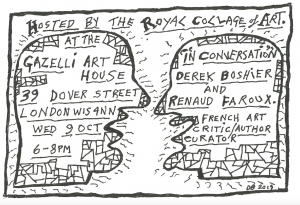 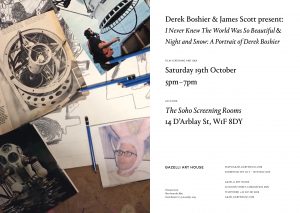