Gazelli Art House is excited to announce that  Rosie McGinn’s WSM will be taking over the gallery windows from April 25th until 20th May 2017 as as the winner of the spring Window Project.

For her installation on the gallery’s facade, McGinn appropriates footage taken from past “World’s Strongest Man” events. Stills have been enlarged to the point of pixelation and printed onto vinyl fitted to the size of the first floor windows. On ground floor old TV sets flank the doorway playing an endless loop of moving image. The clips have been edited together in such a way that each weightlifter is left with no time for rest; the red faces, bulging eyes, puff of the cheeks, swelling of the veins – all signs that their bodies are endlessly being pushed to the limit. Zooming in on the faces and framing them within the boundaries of the screen magnifies the appearance of what can be classified as an obsessive mentality in the context of body image, masculinity and addiction. The result evokes an undeniable sense of humour and excitement in the repetition of the chosen imagery.

Rosie McGinn is a British artist who primarily uses video and installation to capture the human condition in its many forms. Combining off-screen with on-screen, physical with digital, familiar with unfamiliar and humour with intensity, her work tackles intimidating questions we each face internally as human beings. McGinn has exhibited throughout the UK and in Europe. She is currently based between Maidstone and Wimbledon, where she is completing her MA at Wimbledon College of Arts. 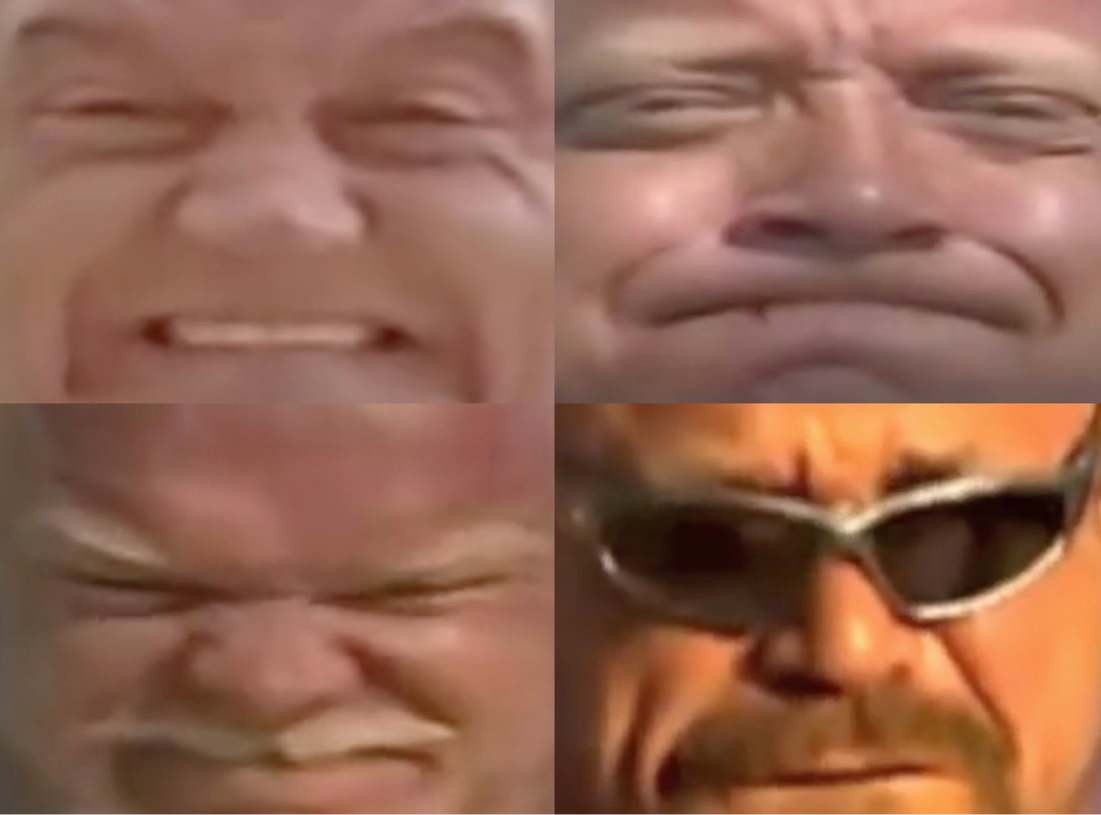