Renowned for her upcoming collaboration with the Marina Abramovic Institute* and her recent “Vomit Interlude” which travelled as part of Lady Gaga’s Monster Ball tour. Millie Brown will suspend her body from the ceiling of the gallery on Dover Street for the duration of the busiest week in the captial’s art scene.*

As the London arm of her current Beverley Hills solo exhibition, Rainbow Body sees the artist become her artwork in a thought-provoking exploration of submersion, reflection, form and light.

Suspending herself from the ceiling of the gallery, Brown’s performance installation explores the concept of body as vessel using rope to suspend herself in mid-air within a cloud of crystal prisms. Drawing heavily from the influence of Abstract Expressionist painters, in this piece, Brown uses performance and light as a non-traditional method of ‘painting’ the gallery space. Lit from above, her body and the prisms work together to cast rainbow reflections around the viewing space, transforming the gallery into transcendent hall of light– each rainbow light-ray acting as an extension of the tangle of limbs and rope that dangle above.

An exploration of both light and space, Brown’s performance ties and runs alongside the gallery’s exhibition Let There Be Light, Revisited which highlights pioneers of the 1960s/70s Light and Space movement such as Peter Alexander, DeWain Valentine, Mary Corse, and Helen Pashgian, and  Anthony Pearson. 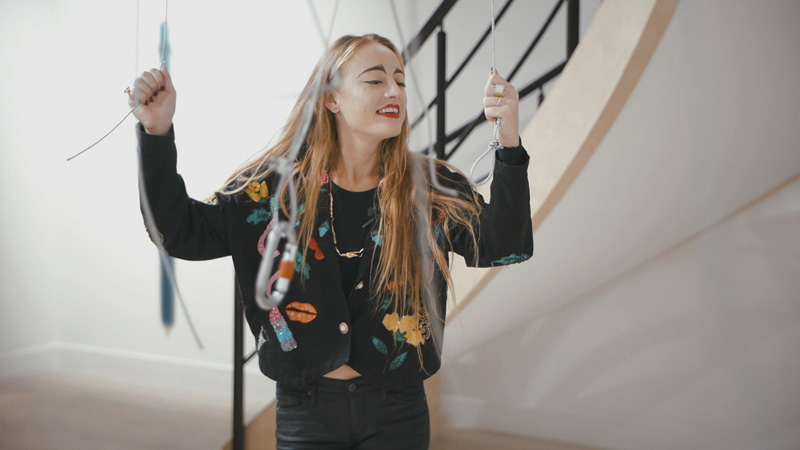